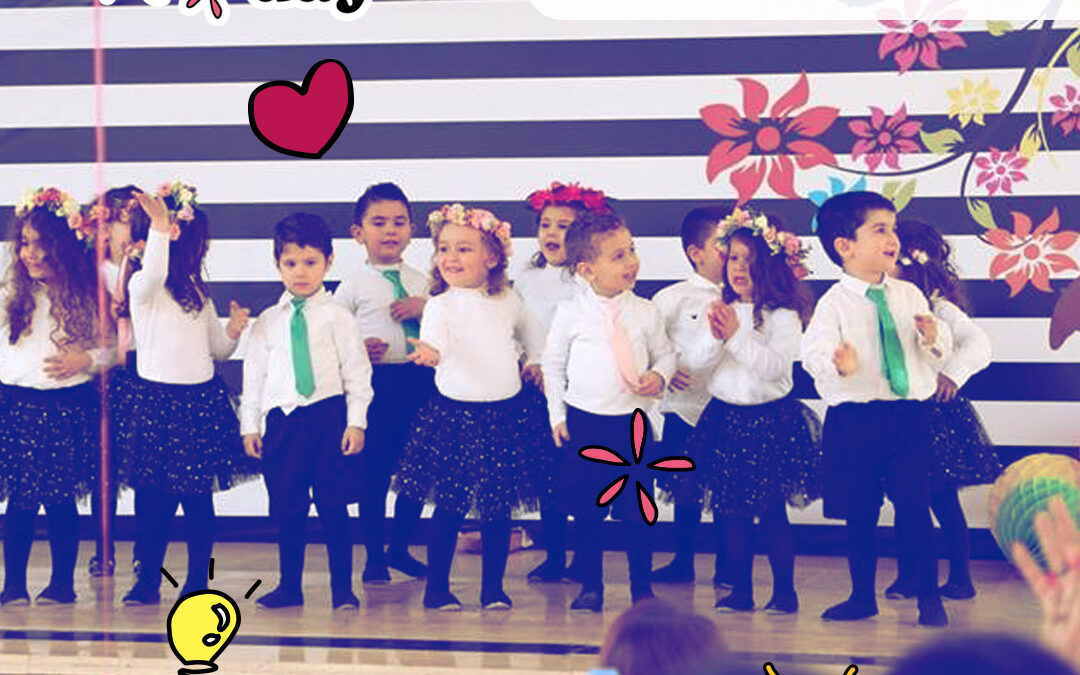 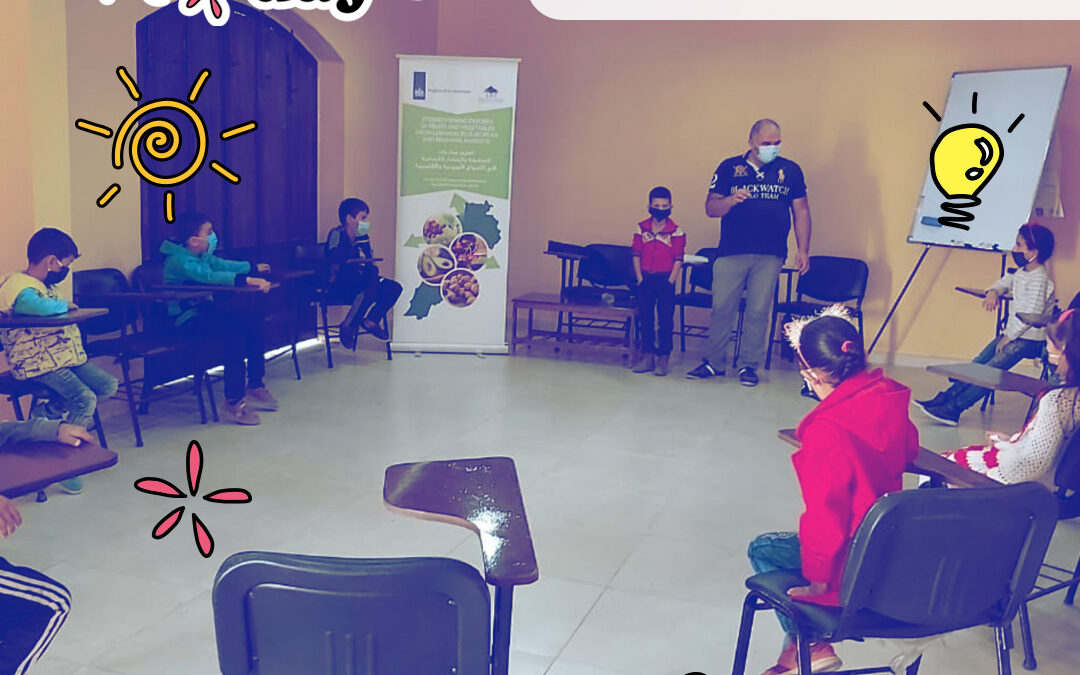 Project name: Strengthening Exports of Lebanese Fruits and Vegtables to European and Regional Markets funded by the Kingdom of the Netherlands.

Child labour is prevalent in the agricultural sector especially that it occurs in a family farming concept in Lebanon and in most developing countries. Some children are subjected to the worst forms of child labour and are deprived from all their rights. Low-socioeconomic status force families sometimes to rely on child labour for coping mechanism. Other factors may lead to child labour such as lack of law enforcement, illiteracy and cultural influence. Accordingly, and under the scope of this project, RMF is tackling the socio-economic conditions (poverty) and education. By enhancing the sustainable income for families and creating job opportunities, families will be motivated to enroll their children in schools. This is one of the added values of having a large number of people engaged in income generating activities on the project. From the education perspective, RMF is tackling it in two ways,

whereby the project showcases a successful complementarity between the RMF Education & Human Development and Agriculture & Rural Development departments to support vulnerable children involved in all kinds of labor through basic literacy and numeracy classes that will build the child’s skills as well as vocational training aiming to transform child labor into decent work. Zero tolerance to taking away a child’s right is not an option, it is a must. 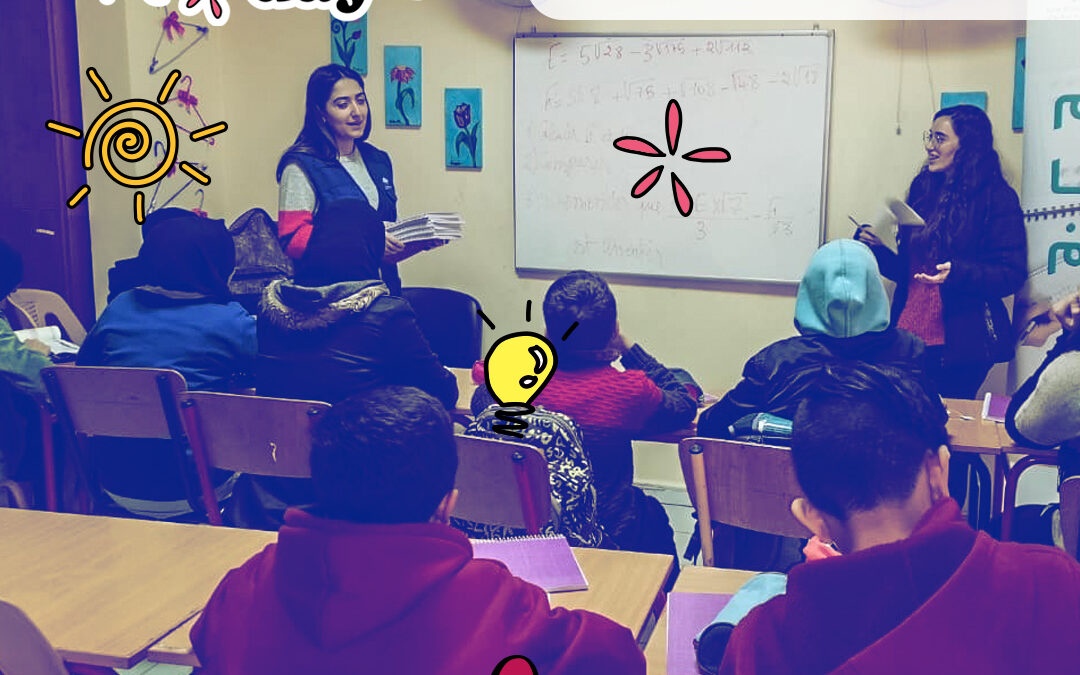 A healthy, happy and empowered child grows up to be a change-maker. Children grow up to be what their parents and communities allow them to become. This is why everyone must take action to improve children’s welfare and especially in areas of social instability and difficulty. RMF has through the Education and Child Protection Special Project worked with underprivileged local & refugee children on basic literacy and numeracy courses and homework support to ensure that no child is left behind. 80 youth aged between 15 and 18 are empowered with vocational skills as coffee training with barista, beekeeping, soap making, and others, which improved their conditions and well-being. 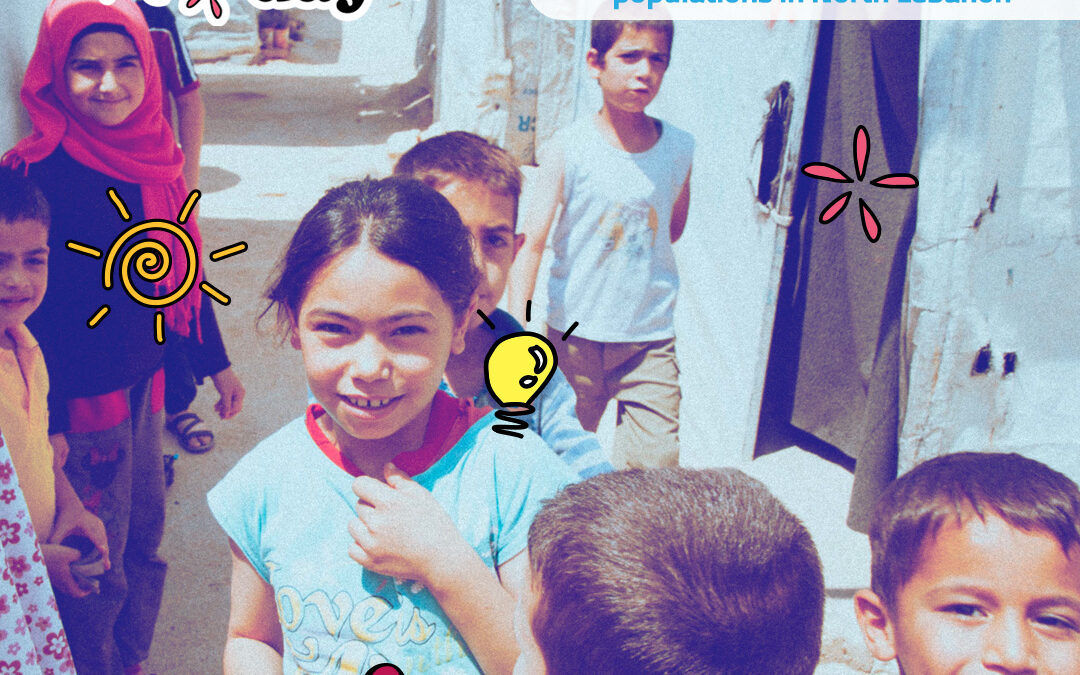 At the Rene Moawad Foundation, we believe that every child has the right to learn and be engaged in educational activities regardless of his age, gender and nationality.

Our aim is to secure a child friendly environment, where children can reach education without being at risk of any kind, such as violence, abuse, neglect or exploitation.

Therefore, trainings on Child Safeguarding Policy, Child Protection, and Safe Identification and Referral were delivered to our education front-liners (teachers of BLN, YBLN and FLG).

Those training enhanced the abilities of our teachers to create a safe and effective learning platform, where children can reach their right to education through online courses in Math, Arabic, French and English languages.

Through these activities, we provide the right of education for neglected and working children, in formal and non-formal education programs. 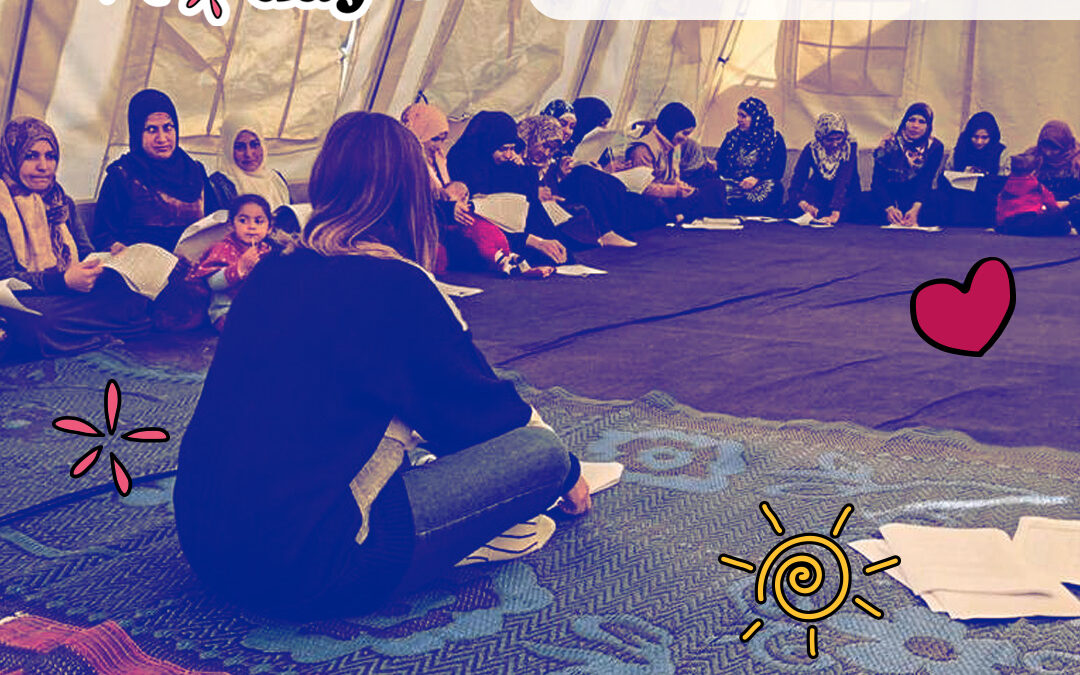 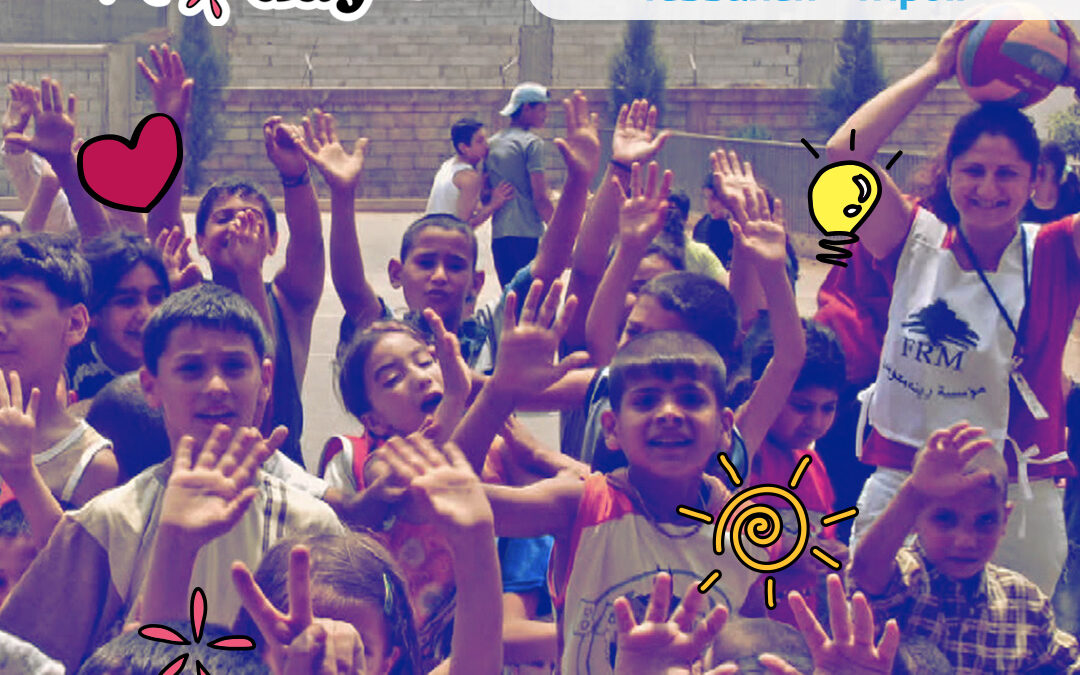 Since its establishment in 2000, this center created hope to the kids residing in Tebbeneh area, where they are at high risk of school drop out and more violence. The services provided to the kids, their families and the community include awareness, buidling capacities, positive parenting sessions, and others.

This center has worked through all its projects to promote child rights in an area where violations against children are frequent (work, child marriage, discrimination…). The center contributed to promoting the child’s right to education and protection from work, through targeting children at risk of dropping out of schools (school support program) or working children (BLN classes), in addition to preserving the child’s right to entertainment in a safe environment through various activities (sports, handicrafts, brake dance…).

For the protection of children, life skills programs, PSS and FPSS programs have contributed to raising children’s awareness on how to protect themselves and being active members of the society.

Over the years, so many success stories in the center marked our mission. A eight-year-old child who fled the war in Syria to Lebanon couldn’t be enrolled in a school. He likes a lot the center and is grateful for the team because he learned to read and write his name. His words motivated us the most to continue our mission and work. 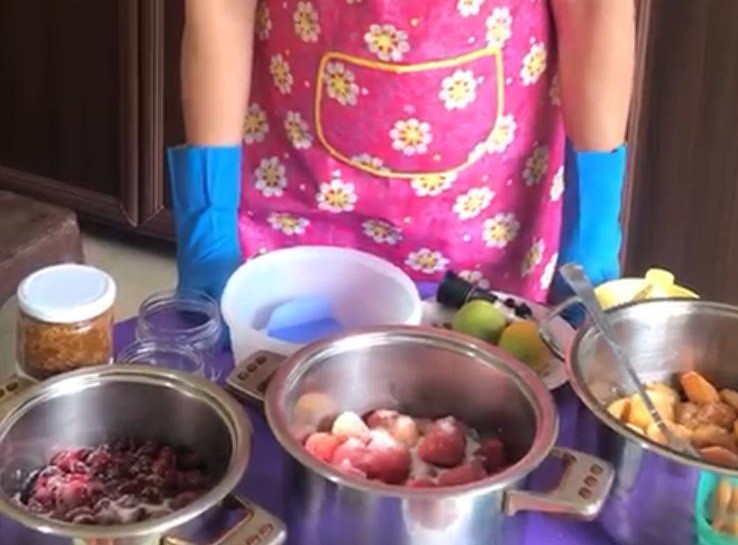 As the economic situation in Lebanon worsens, income sources are becoming scarce. Women in the mountainous village of Bkassine used to produce agro-food from locally grown products to make a living.

However, this sector, which was already suffering from limited sales due to modest marketing capabilities and difficulty in sustaining optimal produce quality, has only been declining due to Lebanon’s recent socio-economic circumstances.

Thus, the USAID-assisted agro-processing center in Bkassine comes as an enormous contribution to the village, as it will help women collectively standardize and homogenize their produced jams and pickles in line with food safety and market standards, and to access new markets that increase their sales. One of the project’s beneficiaries, Mrs. Jacqueline Moussa, was quoted in an interview saying:

“I am so excited for the launch of this project that will immensely improve the lives of many of our community members, especially the women of Bkassine who will find themselves greatly empowered by the employment and market expansion opportunities that it will provide. This project will give us a chance to maintain our ability to turn in a decent individual income in these difficult times.”

Mrs. Moussa is a single mother of five, four of which are currently married, while her 16-year-old is still living with her, and depends on her income. She became widowed after her husband unfortunately lost his battle with cancer 7 years ago. She currently produces various kinds of jams and other homemade products to sell within her village of Snaya in Southern Lebanon. This earns her around 600000 to 1000000 L.B.P monthly, depending on local market demand.

Mrs. Moussa represents one of many other people who rely on similar projects to manage their struggle with Lebanon’s ever-expanding plight of poverty. 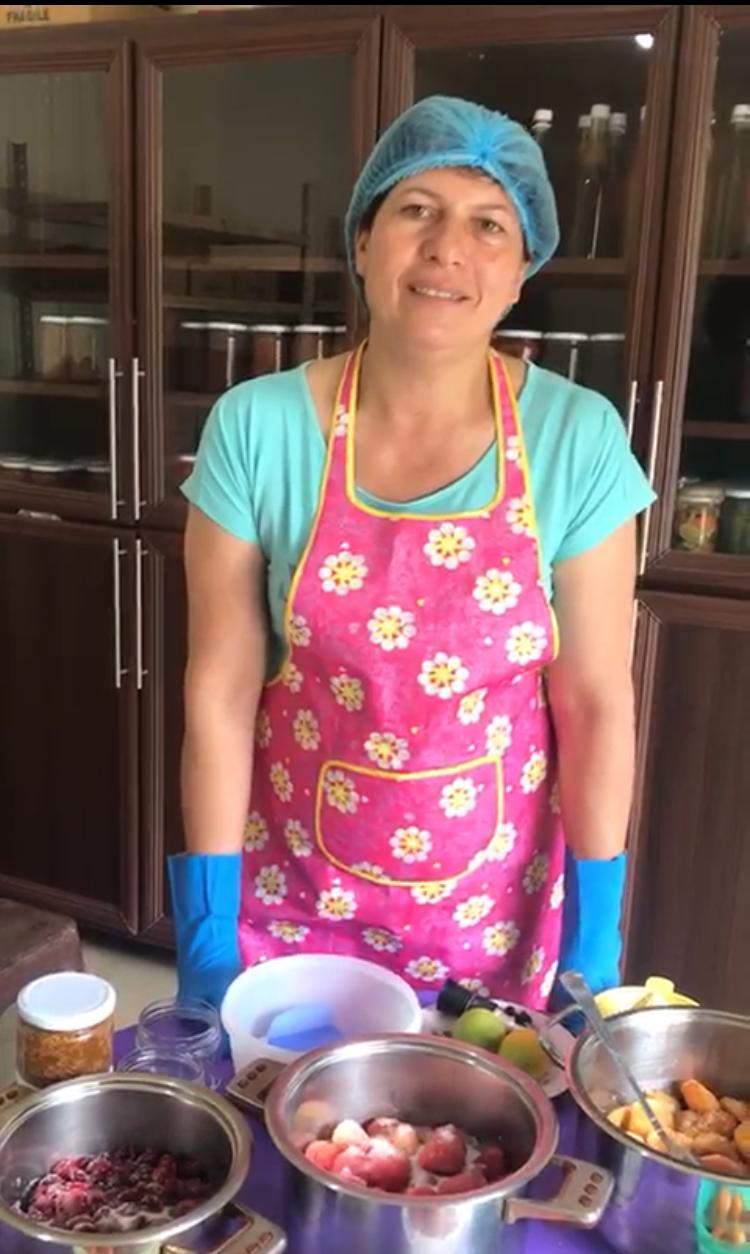 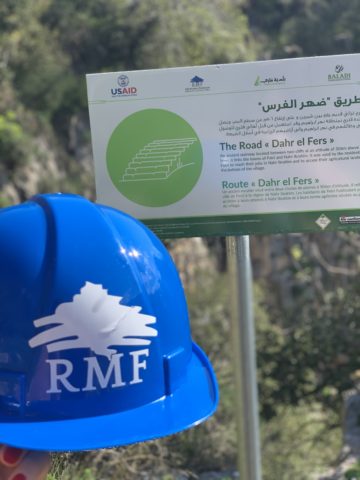 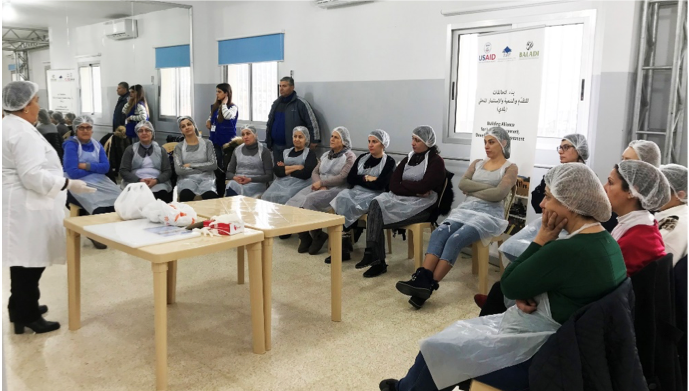 Meet Nohemie Rizk from Qaa Rim and one of our future workers in the established agro-food processing facility. This project was selected based on community needs, given that many women within the village of Qaa el Rim already work in agro-food processing from their homes but they lack awareness of standardization products and food safety to try to market common unified products.

On February 7 2019, as part of the technical assistance provided under the USAID-funded BALADI project, the Rene Moawad Foundation trained 15 women from Qaa El Rim Women Cooperative on the full process of jam preparation including jars sterilization. Nohemie is currently unemployed as most of her time is dedicated to fill the role of a housewife through taking care of her 2 children and managing all the household chores and responsibilities. Her husband owns a small land in which he invests through farming and growing crops. The training she attended under the BALADI program funded by USAID  was very helpful and valuable because Mrs. Nohemie sometimes prepares jam and other homemade products in order to sell them within Qaa Rim village. For that reason, the training gave her a brighter image about agro food processing including proper personal hygiene, food safety and jars sterilization. Most importantly, this training has motivated Nohemie to be a working mother and today she encourages all women to purchase their goals, develop their skills and believe that they can make a big change. 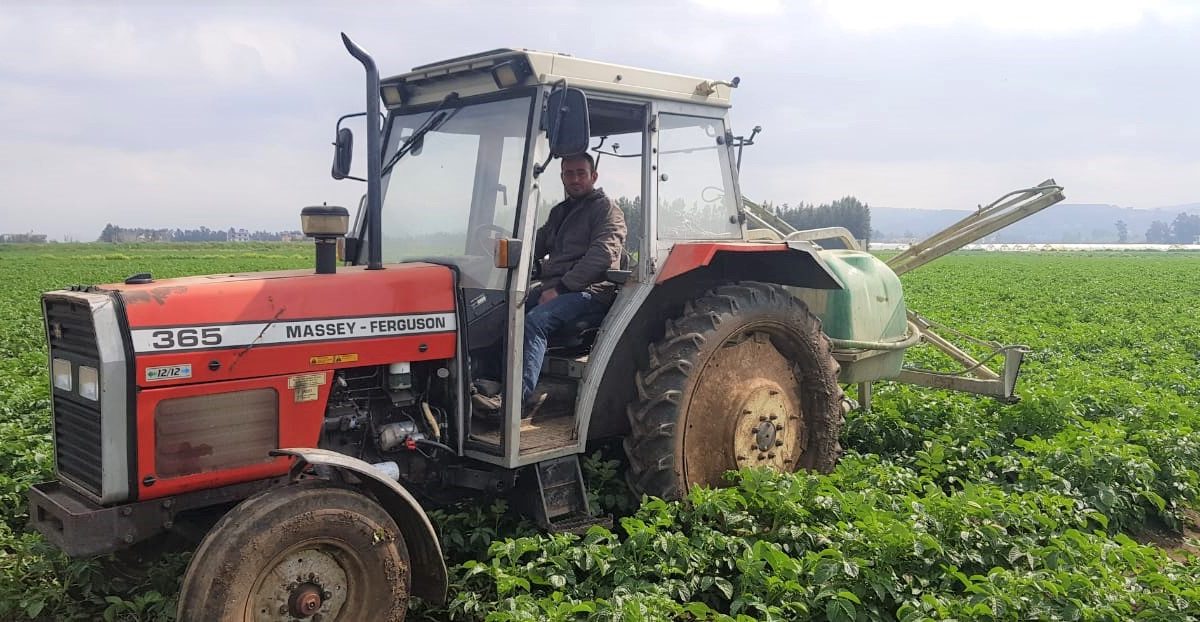 Mahmoud Kanjo is one of Tal Abbas farmers who is engaged in agriculture since 1997. He is the head of a household consisting of a wife and 2 kids. Before the new water conveyance network was established by RMF under the BALADI program funded by USAID, Mr. Mahmoud used to rely on barley farming and grains only with an average seasonal income estimated 200 L.B.P during the past years due to the inefficient irrigation canals. Since the completion of the project, the production has improved by approximately 50% since he is now able to plant different kind of crops such as potatoes and vegetables. Therefore, the seasonal income has increased as well to reach a minimum of 500 L.B.P during winter and 1000 L.B.P during summer season considering that he couldn’t provide us with exact financials concerning the yield and harvest because the numbers are not stable as they are fluctuating over the years and that’s due to inconsistent temperatures and precipitations leading to early or late harvest and different yields each year.