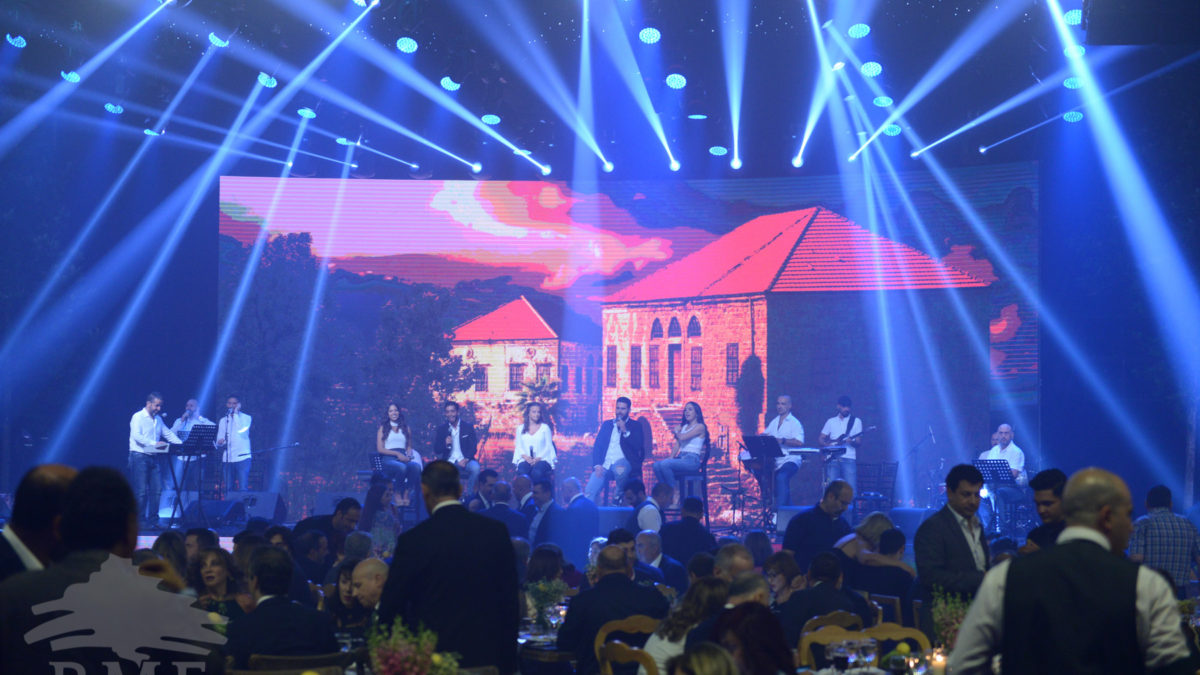 Beirut, June 19, 2019 – For its third consecutive year, The Rene Moawad Foundation (RMF) organized its annual fundraising dinner “تيبقى اللبناني بارضه” at “The Parks” Biel – Furn el Chebbak set in a beautiful authentic Lebanese night, bringing together the best genuine rustic cuisine from all over Lebanon, as well as a showcasing of skills and talents from all Lebanese regions with a special performance by Lebanese artist Georges Nehmeh. All funds raised aim to support many of the Foundation’s projects and developmental activities in Lebanon, especially those related to education and human development, economic development, agriculture and rural development, health and social care, and local decentralization.

The dinner was attended by political and diplomatic figures, representatives and entrepreneurs from the private sector, judges, mayors, business men and women, as well as a number of press, media and social figures.

In his speech, RMF Executive Director, MP Michel Moawad, emphasized on the story of the Foundation; a story of faith and belief that transformed the martyrdom of President René Moawad into an institution to spread his vision throughout the country regardless of the obstacles. For almost three decades, RMF travelled far and wide, broke all political, confessional and geographical barriers to reach all the regions of Lebanon and every Lebanese.

“From Rmeish to Akkar, from Beirut to Arsal, more than 365,000 people benefited from our projects in 2018. We implemented projects that change the lives of thousands of Lebanese every day, and this is all thanks to our partners and supporters, international institutions, the Lebanese private sector, the local authorities, the media, and of course the great efforts of the Rene Moawad Foundation’s staff; 220 young men and women who believe in our cause and carry our message.”

Moawad adds: “I would like to sincerely thank the foundation’s President, Nayla Moawad, who believed in this country and was committed to look for opportunities to give back and make a positive impact on the Lebanese Human Being”.

During the evening, the Lebanese Red Cross, which represents an exemplary of humanitarian and collective work, was honored. Attorney Marielle Michel Moawad, and RMF General Director Nabil Moawad, presented the RMF recognition award to the President of the Red Cross, Dr. Antoine Zoghbi.

The Foundation also awarded a “Lifetime Achievement Award”, created and crafted by the artist Roudy Rahme, to the member of the Maronite Foundation, Ms. Rose Choueiri. The award was presented by Ms. Nayla Moawad, and the Deputy Director General of SGBL and Group Financial Director, Mr. Georges Saghbini.

The event, which was presented by the TV presenter Annabella Hilal, featured several documentaries on the projects and achievements carried out by the René Moawad Foundation.